EchoStar-18’s launch has once again been delayed after Arianespace discovered an anomaly which occurred on the giant Ariane 5 ECA launch rocket’s umbilical connection. The launch has been postponed 24-hours. This is the second delay, and follows on from a delay announced on June 8th.

The plan is to now launch the satellite on June 17th.

The launch window for Ariane’s Launch VA230 extends for some 70 minutes, from: 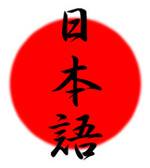